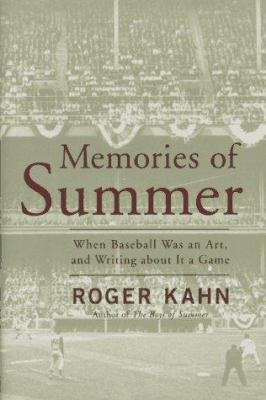 Memories of summer : when baseball was an art and writing about it a game /