A teacher's manual for the Life of Christ /

What Jesus taught, for discussion groups and classes,
by: Slaten, Arthur Wakefield, 1880-
Published: (1922)

Teachers' book of the heroic Christ; a course of studies for classes in religious education, glorifying the heroic and kingly qualities in Jesus Christ,
by: Keedy, John L. (John Lincoln), b. 1869
Published: (1905)

The ascension of Our Lord Jesus Christ,
by: Hartill, Isaac
Published: (1902) 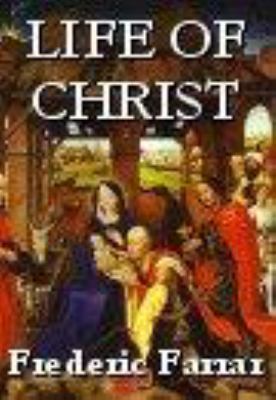 Jesus Christ the teacher; a study of His method and message based mainly on the earlier Gospels,
by: Curtis, William A. (William Alexander), 1876-1961
Published: (1943)

A stanzaic life of Christ compiled from Higden's Polychronicon and the Legenda aurea,
Published: (1926)

A question to the professors of Christianity, whether they have the true, living, powerful saving knowledge of Christ or no?: with some queries concerning Christ, and his appearances, his taking upon him our flesh : as also concerning his flesh and blood, and our being formed thereof, and feeding thereon, and an incitation to professors seriously to consider, whether they or we fail, in the true acknowledgment and owning of the Christ which died at Jerusalem : likewise some propositions and considerations concerning the nature of church-worships and ordinances, since the death of the apostles, for the sake of simplicity, which hath been long held captive therein : with the sounding of bowels towards thee, O England : also a faithful guidance to the principle and path of truth, with some sensible experimental questions and answers from the tenth chapter of John /
by: Penington, Isaac, 1616-1679
Published: (1977)

A life of Christ, together with the four Gospels
Published: (1962)

The life of Jesus Christ, in its historical connexion and historical developement [sic]
by: Neander, August, 1789-1850
Published: (1848)