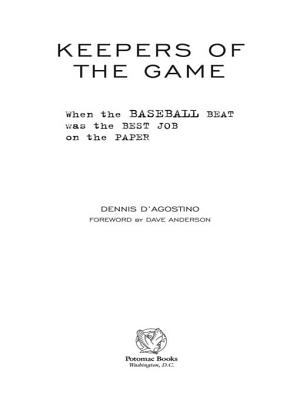 Keepers of the game : when the baseball beat was the best job on the paper /